Int & Fin & S & Est & Dk Ch Vicway Live And Let Die "Voitto" turned 14 years at the beginning of October. He is in every pedigree I have recently bred. Voitto is still a happy dog and loves to play with his toys. He had a nice birthday party with his friends and got many enjoyable gifts 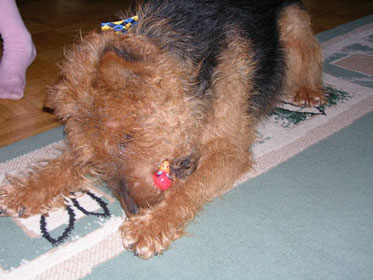 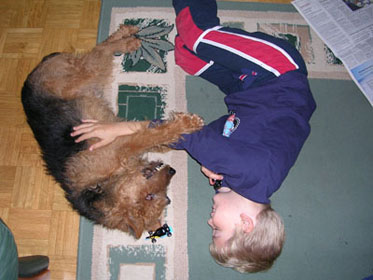 Vicway Inspiration (by Dixie Sound Silver Smile & Vicway Once In A Lifetime) took his last CC in Mikkeli in July. He is owned by Anne Vertanen and Pekka Ikonen.

Vicway Dirty Trick (by Vicway Dirty Harry & Vicway Look) gained her last CC at Kouvola all breed show in August. She is owned by kennel Vicway and Riikka Korvenoja. 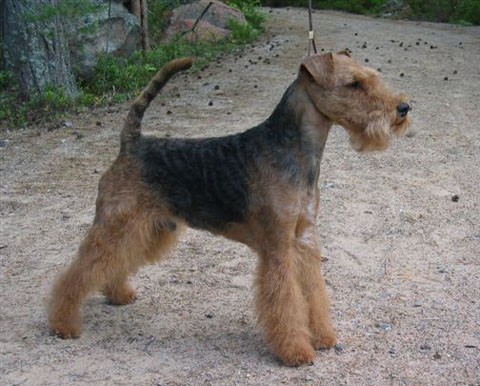 The competition was held in Northern Finland in September. There was an entry of 55 small dogs and over 70 medium sized dogs. Five Welsh Terriers had qualified: Roppu (Vicway Laugh) and Ruttu (Vicway Look) in small class, and Harry (Vicway Dirty Harry), Taavi (Bartos Jump) and his father Roope (Vicway Out Of The Blue) in medium class. At last we succeeded reasonably with Ruttu and she made two faultless rounds and placed herself third in the competition! In the medium class the three males were placed 5th, 6th and 7th after the first course, only a few hundredths of a second between them! Unfortunately they all failed on the second course. 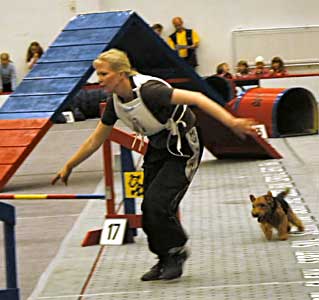 Puppy Vicway Firefly went BIS-puppy. Her mom Vicway Forever was placed 5th in the best bitch class, totally naked. No hair even on her legs or face! (Shame on me!) 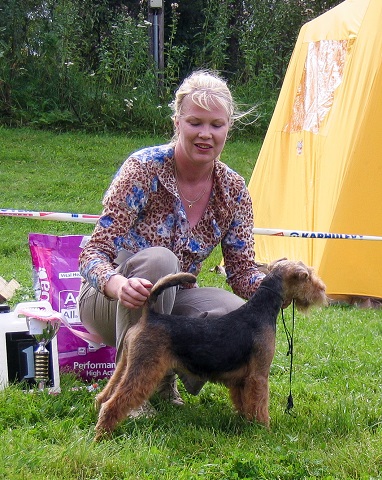 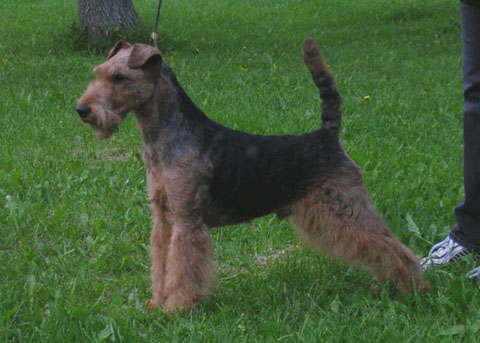