Welsh Vicway Silver Fox had her litter of three boys! 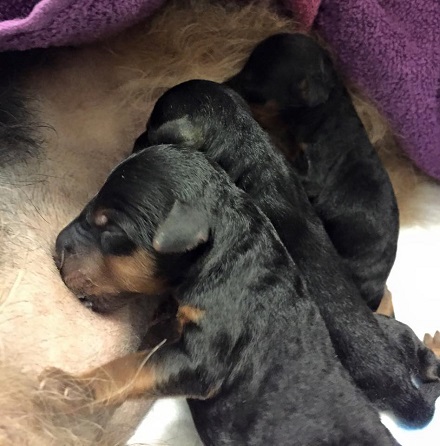 "Matti" is gone. My condolences to his co-owner Mikko Rautala. 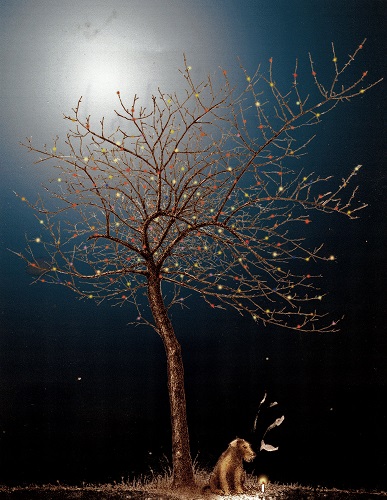 Drawing of Matti made by Mikko Rautala

See more in the puppies-page 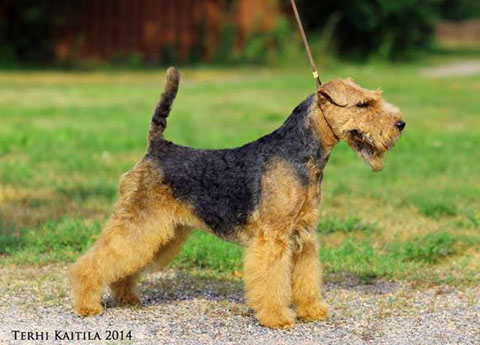 "Tellu" was out in the show ring for the first time since the WDS.

Young Cairn "Minka" was in her very first show at the age of 11 months and the result was very, very good! 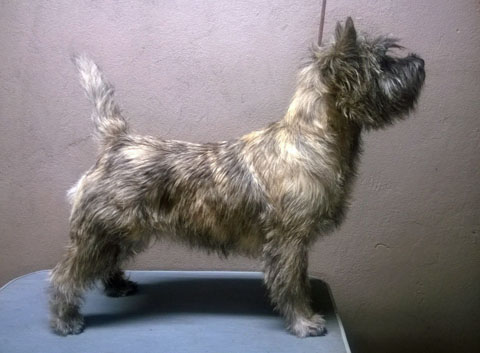 Welshies Vicway Hypnôse and Vicway Heroine and Sheltie Vicway Million Dollar Baby were entered to the show. The results were amazingly good!

Welsh Terriers were judged by Paula Heikkinen-Lehkonen, kennel Wolfheart. Vicway Hypnôse "Tellu" won the junior class over her sister Vicway Heroine "Devi", who placed second. Later on Tellu won CC and went on to take best of opposite sex! 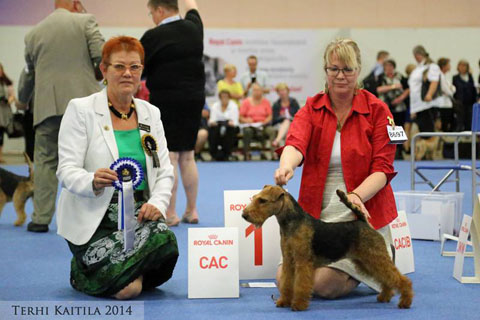 There were 149 Shelties under two judges. Bitches were judged by Guy Devons, kennel Grandgables. Vicway Million Dollar Baby "Chili" was two weeks too old to take part in the junior class so she was entered in intermediate. And very surprisingly, she won it! It was a very odd feeling to be inside the ring during the best bitch finals. After all this litter was almost solely bred for agility purposes. 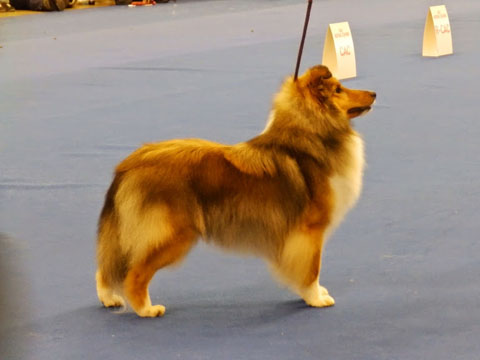 "Irwi" was owned and handled in agility by Pekka Ikonen.

A very special boy is gone. 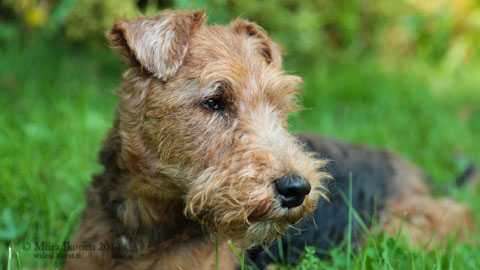 Welshies Vicway Hypnôse and Vicway Silver Fox and Sheltie Vicway Million Dollar Baby were entered to the show. The results were beyond my wildest dreams. 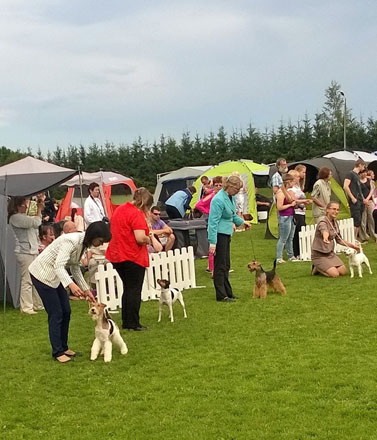 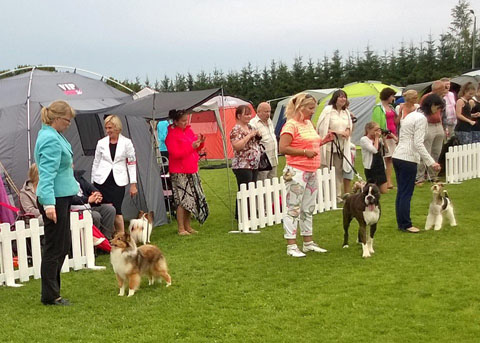 Vicway Million Dollar Baby was shown in Junior class for the last time. She went BOB-junior with junior-CC and also 3rd in the best bitch class. She was also short listed in the BIS junior competition. 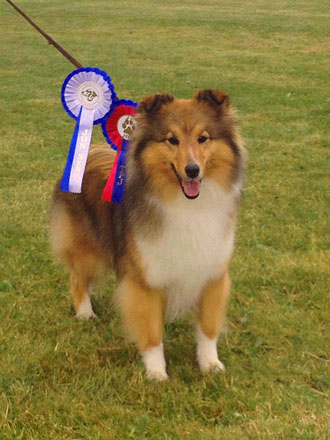 Here with her offspring, from left: 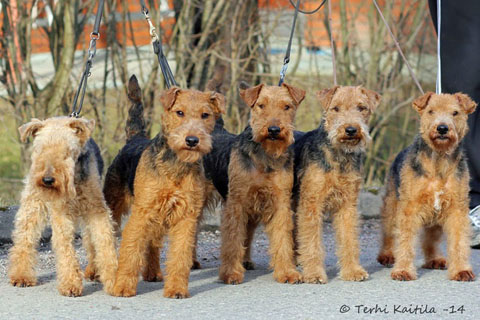 Cairn Terrier Vicway Tiger Soul "Tiitu" has been mated with Pauper's Fingerpori "Luca". Puppies are expected to be born at the beginning of May. 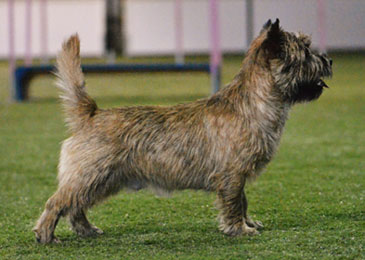 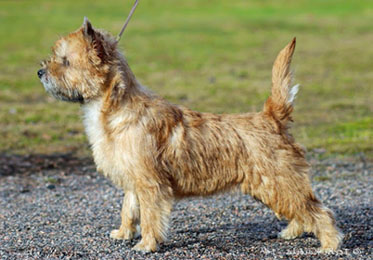 "Kippo" was the foundation bitch at Pandarellan. She had an awesome +249 points from the Character Test. She was full of life and left her pawprints on the Cairn population in Central Finland.

Thanks to Virve Friman-Tiihonen for taking good care of her all these years!

Vicway Hypnôse took junior-CC and the breed both days and placed Group 4th on Saturday and won the group on Sunday! She was just out of puppy classes - nine months and four days. What a start for the little girl! 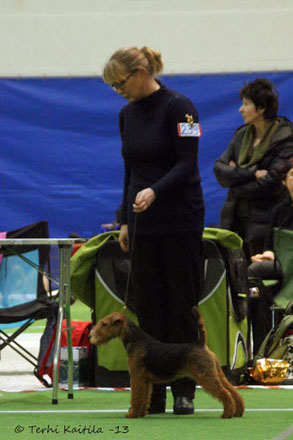 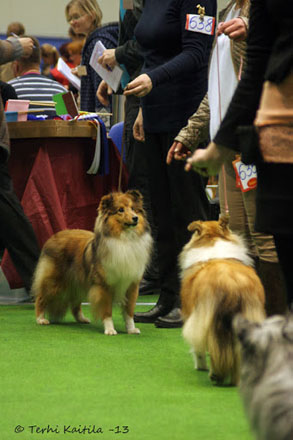